Got Questions? I've got Answers by Regge : Who replaces Hernan Bernardello

I am back with ‘‘Got Questions? I've got Answers by Regge ‘‘. I tackle the Montreal Impact's recurring dilemma of losing key players to injury, formation changes with Bernardello's injury and the choice between the MLS Supporters' Shield or the CONCACAF Champions League

Share All sharing options for: Got Questions? I've got Answers by Regge : Who replaces Hernan Bernardello

My latest thoughts include a look at Montreal Impact's recurring dilemma of losing key players to injury, formation changes with Bernardello's injury and the choice between the MLS Supporters' Shield or the CONCACAF Champions League.

How Bernardello's injury will affect the Impact?

Since he was inserted into the line up, Hernan Bernardello has stabilized the midfield and just made everyone's job much easier.The Argentinean is now injured and will at least miss a month with that nasty tackle on his ankle.

During that month, the Impact will have 6 games in total: 4 MLS games and 2 CCL games. Montreal will play against teams that are behind them in the standings. Some of those teams are not even in a playoff position so I would expect Montreal to play their style, even with the absence of its utility player.

It will be a rough stretch for Les Bleus as both competitions combine into four games in the next ten days. Even if playing against lower seeded teams, the offensive display will be affected. The wingers won't defend the same way; Patrice Bernier will have more work defensively hence being less effective offensively. 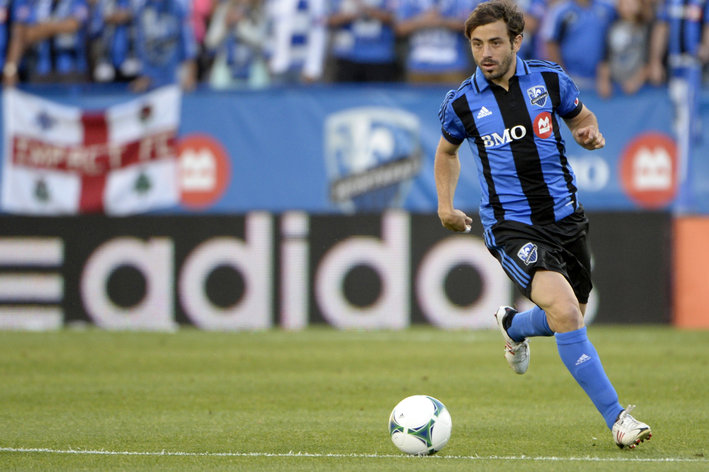 Argentinean DP out with ankle injury

Felipe Martins, who has been in great form lately,  will probably have to defend more.

Conclusion: I predict 1 win / 2 losses/ 1 draw in MLS action and a draw in San Jose and a home win against CD Heredia in the CCL

Who will take advantage of Bernardello's injury? Collen Warner or Davy Arnaud?

Last time Davy Arnaud started a game, it was in a 3-1 loss to D.C. United. Marco Schallibaum played the team in a 4-3-3 formation that didn't really suit them . No need to say that his performance was once again very poor.

The next game, for the premiere of Senor Bernardello, it was Collen Warner that was bossing the midfield and played a very good game. The only reason Warner hasn't featured since then is that the Killer Bees combination Bernier/Bernardello has been excellent. I think that Warner deserves another shot and he will take advantage of it.

Conclusion: Knowing Arnaud is no longer part of the Impact plans; he will be a substitute and play minutes at the end of games for the rest of the season.

Should Montreal go all in for Champions league or focus on the MLS Supporters shield?

Montreal is in a tight battle at  the top of the Eastern Conference with Sporting KC and the New York Red Bulls. With 8 games left , still with 2 games in hand , all 3 teams are with 42 points. With the 2 CCL games during rough 4-game stretch in 10 days, the Impact does not have the squad depth to be competitive in 2 cups.

Between injuries, underperforming and inexperienced players, it is time to rest some key players during the 2 CCL games and hope to get a result in San Jose and at home against CD Heredia.

Conclusion: With the 1st objective of making the playoff achieved, Montreal should go all in for the MLS Supporters Shield and offer a long run in the playoff to their very faithful fans.