Alessandro Nesta available for Union game, more question marks for the back four

Musical chairs might be expected for the back four of the Montreal Impact as it faces a Philadelphia Union with deep pockets as per attacking forwards.

Share All sharing options for: Alessandro Nesta available for Union game, more question marks for the back four

Alessandro Nesta has been deemed fit and ready to face the Philadelphia Union this Saturday at Stade Saputo. The coaching staff has not guaranteed that Nesta will be starting this weekend but the fact that he is closer to start a game is good news for the staff and his teammates.

Our guys have done a good job on defence with him out of the lineup, but if Nesta is healthy, for sure he has to play.-Impact head coach Marco Schällibaum

Nothing is guaranteed yet as Nesta might not even start this game as the Montreal Impact travel to Vancouver in mid-week for the return and final leg of the 2013 Amway Canadian Championship. Might Nesta play then or maybe not even as BC Place's field is artificial turf and that might be deterent to start ''Sandro'' then.

Even if Nesta is an option for Marco Schällibaum, the latest news from practice also points at a tired and injured Hassoun Camara. Between Brovsky recovering from a broken nose and Camara probably playing injured for a while, the delicate balance for the back line is like previously said.... delicate.

Add Maxime Tissot out for a few weeks with a broken toe, the back line depth is getting thin even if Tissot is a MLS rookie. The good news is that Dennis Iapichino had a good game against the Vancouver Whitecaps. Hopefully that would help him to stay focused and keep it simple against a dangerous Philadelphia Union team.

As per usual, Matteo Ferrari will be the rock of the defense whether Nesta is playing or not. He represents that combination of athletic abilities and positionning that has helped him throughout his career. Losing some speed with time and injuries, his performances have gotten better each game, since coming back from his calf injury.

Three Questions with the Union dues 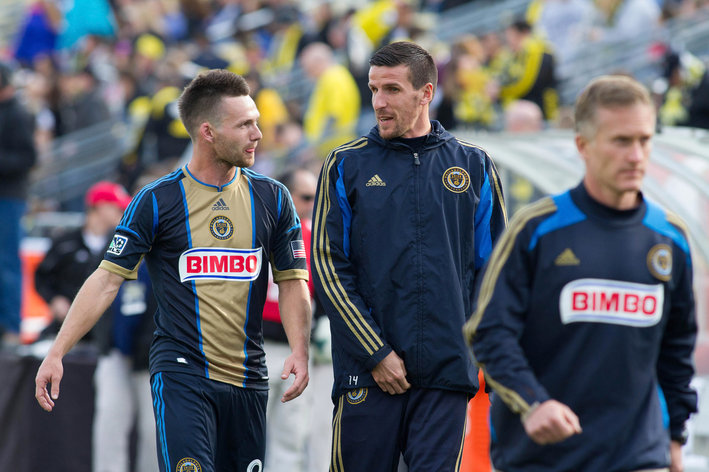