You reap what you sow and Patrice Bernier has been deservdly named to the 20-man gameday MLS All Star roster that will face AS Roma. Joining him in Kansas City is Marco Di Vaio scored his way to All Star roster, at least his FIFA 13 persona.

Share All sharing options for: Patrice Bernier joins Marco Di Vaio among 20 MLS All Stars to face AS Roma

Patrice Bernier has been one of the most influential central midfield players in MLS. Since joining the league in 2012, Bernier has proven his nay-sayers wrong and is not just a marketing tool for the Montreal Impact.

This is not Bernier's first time that he will face '' i Giallorossi'' as he faced the Roman club in 2005 in UEFA Cup. Bernier was playing with Norweagian club, Tromsø IL. 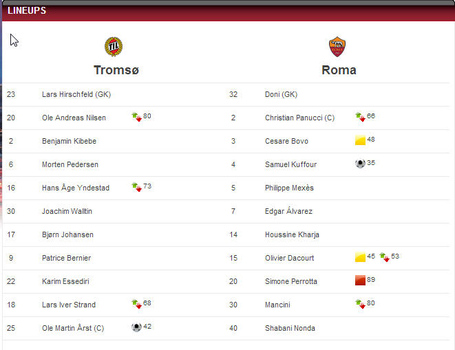