Why Hassoun Camara was and still is one of the most important pieces for the Montreal Impact. Why his performance should not be a surprise.

From the Mediterranean coast of Marseille to the cold shores of the St-Laurent River, Hassoun Camara is evidently establishing himself as an important piece in the Impact's plans. He made himself so important that the team suffered in his absence, against the Seattle Sounders, when he had to be subbed off in the 84th minute.

Underrated: From Marseille to Montreal, via Bastia

Signing his first professional contract with l'Olympique de Marseille in 2006, Camara jump started his pro-career with Ligue 2's SC Bastia. He played over 40 games with the Corsicanclub until 2010. He then joined the Montreal Impact in the NASL in 2011 with a 2-year contract. With the prospect of Major League Soccer coming up, the choice he made then is definitively paying off now.

Under then coach Nick De Santis and assistant Mauro Biello, the transition from NASL to MLS would not have been too hard for the French defender/midfielder. With the second year of his contract becoming a MLS contract in 2012, proving his worth to a new coaching staff was important. even if he had the backing of management. An early injury in 2012 kept him off the roster but quickly came back to naturally impose himself as a starter. Between injuries and rotations, Camara's versatile profile as central defender, right back and midfielder made him more precious for the club.

Not as offensive as you want a right back to be but Camara played a flawless game in Seattle. The Impact's game plan was to defend and counter attack. Counter attacking starts from the back and with the quality of passes throughout the back line, it only makes it easier.

Camara was still playing ''relatively'' high on the Impact's side of the pitch and had to handle Steve Zakuani (who is still looking for his ego) and Mario Martinez who was dangerous but inconsistent. A technical , poised and confident Camara showed up in a noisy, hostile environnement at CenturyLink Field. He even dared a nice dribble just to boost his confidence as if needed. 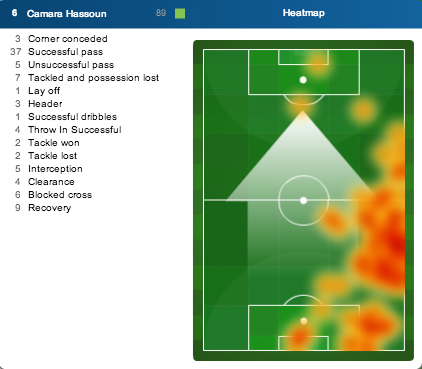 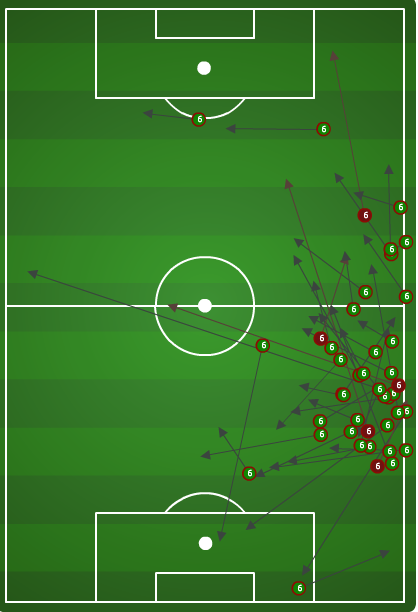 Camara's ability to fill in 3 roles, potentially on a full-time basis, makes him more than just a mere utility player.

As a right back, he brings a natural defensive assurance to the Impact back line while still being able to provide some offensive input. One of the Impact's big faults was not to get enough offense from its full backs/ outside backs. This cannot just change overnight but its clearly something needed, especially when playing with a lone striker.

As a central defender, Camara definitively offers an extra option to either rotate center backs, fill in in case of injuries or game ''events'' (suspensions, red cards for e.g). He has played that role last year when Nelson Rivas and Matteo Ferrari were out due to injuries

Starting his professional career as a midfielder, he can also seldom play in front of the defense as Marco Schällibaum tried in preseason.

Outside just being another ''International Spot'' , Hassoun Camara has proven yet again to be an invaluable member of the Montreal Impact, even if his status and pay stub do not necessarily fully reflect the Impact he has...pun intended.