Rough Awakening for the Montreal Impact after Week 32

After almost being assured of a top 3 finish in the Eastern Conference, the Montreal Impact find itself fighting for a playoff spot and for its life.

Share All sharing options for: Rough Awakening for the Montreal Impact after Week 32

No one expected the Montreal Impact to keep the frenetic pace that had finish first in the East, at the mid-season point. But it is no surprise to see Montreal seem so low on gas, when you observe the lineup, rotations and form , especially during the summer 10-game slump.

Impact fall 1-0 to the Dynamo 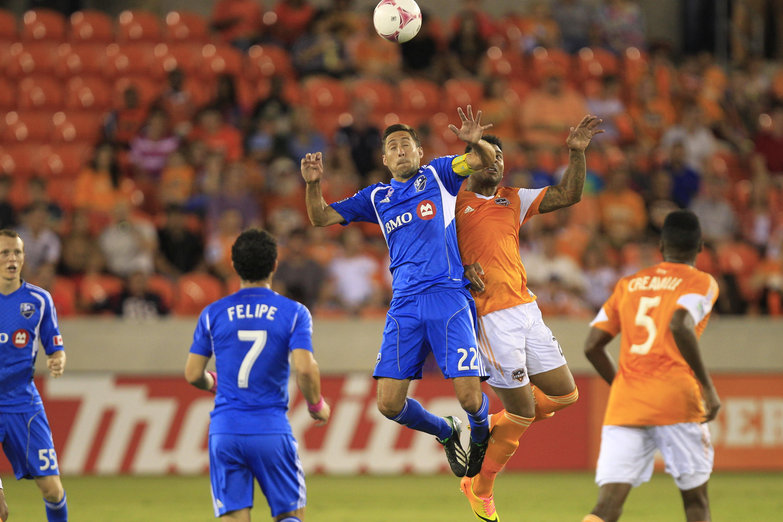 The Montreal Impact falls to 4th in the East, after latest loss

It's quite astonishing and disturbing to read, hear and write that Les Bleus are closer to missing out the 2013 MLS playoffs than actually making them. Especially when you look at the latest results over the weekend, Montreal is 4th in the East:

The good news that might come out of MLS mid-week action is that the Dynamo plays Sporting Kansas City on Wednesday. A KC win might give some breathing room for Montreal before facing the Revolution on Saturday.

Neither Toronto FC, the New York Red Bulls nor D.C. United helped the Impact to catch its breath over the weekend. But at this point, you can think of what the other teams would and should have done. The New England Revolution is coming to Stade Saputo.

As much as Patrice Bernier's absence against Houston was huge, Les Bleus still managed to get 2 clear scoring chances against Houston. Actually, its second half was not half-bad at all during which the Impact showed determination. But it also reeked of desperation, something that should have come earlier in the game.

The lack of finishing of both Andrew Wenger and Davy Arnaud might be an ironic symbol of Montreal's decline from Game 17 and beyond. Untimely injuries to key players did not help but Marco Schallibaum and co. had more than enough game to slot in the younger players.

If this means that the younger players were not good enough, just come out of the woodwork and say it. But Wandrille Lefevre has been having good games against Chicago and Houston.  The young central defence is the most mature physically and technically among the other '' Young Guns''.

But what if they played more and earlier in the season? This debate can wait for the 2014 off-season to get answered.

Until then, Montreal does not fully control its destiny and saying the contrary would be lying to yourself. But mathematics is still on the side of Montreal but not for long.