Even though it was a dull affair, there is still room to learn about some aspects of the game that are interesting to look at: Opta-This, Opta-That.

A game that could have been more eventful ended from the get go and never really picked up. Outside a few half chances and shots from the outside the box, the 401 Derby was not meant to be a game to remember.In an empty BMO field, the Montreal Impact fans were putting most of the ambiance in Toronto.

Both teams exchanged some chances and half chances without a definite domination over 90 minutes. The Montreal Impact had more possession statistically and did some more interesting things with the ball. But consistency or lack there-of would be the key of the game for both teams.

Davy Arnaud played 90 minutes as a right back, a role that he has fulfilled for the team a few times this season. A few times, he did look almost more confortable as a right back than a midfield player but that is due to one factor. The Montreal Impact captain enjoys running into wide spaces as he has shown many times. He does have a sense of positioning and an ability to stretch out the left back as much as possible. He would be more effective with a full-time offensive right back ( good chemistry with Hassoun Camara in the past) but seems to fulfill both roles by himself.

WIth good crossing intentions and interesting runs to with receive the ball or just making the run to be an option, Arnaud has taken advantage of some spaces given to him by Ashtone Morgan of Toronto FC. 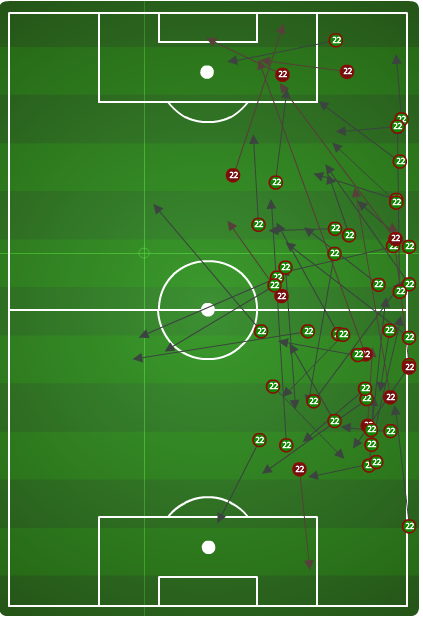 As he does when playing midfield, Davy Arnaud enjoys cutting into the middle. Not what you would like to see from your right back but it has its advantages. Many times, the captain was looking for a run inside the box from either a midfield player ( Felipe Martins Where Art Thou) or a striker to get free from his markers. Andrew Wenger was marked very well by the TFC defense. And neither Di Vaio nor Nyassi offered that extra presence in the box, being more on the sides, wanting the ball to come in.

Felipe's absence was felt throughout the game and Davy Arnaud's usual strong, constant effort was not rewarded, at least not as much as it could have potentially been. 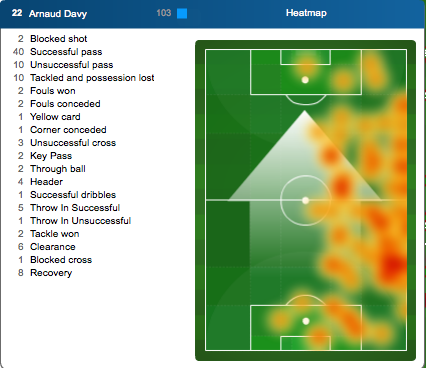 As much as the MLS rookie was ''transparent'', I think that a bit of tough luck made him look worse than he actually performed. Was he the most efficient striker in the world on that day? No. he still managed to find himself in 2 dangerous situations to take good shots but it unfortunately did not happen.

I will note more his ability to get behind the defense with runs from the midfield and permitting the Impact to find him via breakout passes. He still showed some good things athletically and technically that gives a lot of good hopes for his MLS career.

Give him more MLS minutes as a starter and Wenger is much closer to become a threat than we think.