DOGSO : Why Hassoun Camara did not get red carded

The PRO explains why Hassoun Camara did not get a red card for his foul on Jack McInerney.

Share All sharing options for: DOGSO : Why Hassoun Camara did not get red carded

The PRO releases its '' Play Of The Week '' and demonstrates when and where a Denial of an Obvious Goal Scoring Opportunity (DOGSO) was going to be considered by referees. Four situations were analyzed for this demonstration, which included Hassoun Camara's foul on Jack McInerney.

Camara was not red-carded as his foul was not considered as DOGSO.

The criteria for deciding when to penalize for denying an obvious goal scoring opportunity are: 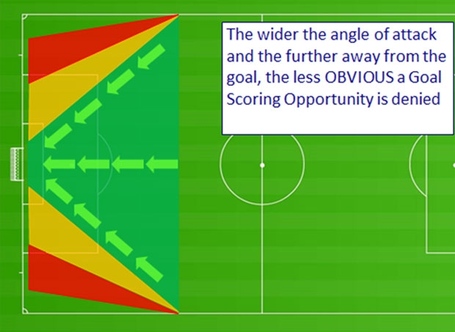 in the Philadelphia Union vs. Montreal Impact game, Hassoun Camara of Montreal pulls back Jack McInerney of Philadelphia, causing him to fall and lose possession of the ball.

If you read the criteria that the referee Edvin Jurisevic has to consider, the one that would put doubt in his mind would be the location and number of defenders. Although McInerney is moving towards goal he is in a wide position and also there is a chance that a defender can intervene. Therefore it is not an obvious denial.

At the end, refereeing is basically an appreciation made by a human who follows the rule books and interprets a situation. In Camara's case, Mr. Jurisevic judged that another defender could have intervened as McInerney was not obviously denied a goal scoring opportunity.