Justin Mapp picking up where he left off : Crescendo to Fortissimo

Justin Mapp is a key player for the Montreal Impact and he has proven it yet again as the 2014 MLS season started.

Share All sharing options for: Justin Mapp picking up where he left off : Crescendo to Fortissimo

The Brandon Mississippi native has become indispensable for the Montreal Impact, since joining the club during the 2012 expansion draft. Marred by injuries and inconsistency, Justin Mapp has since established himself as a key player for the "Bleu, Blanc et Noir" .

A technical left-footed player , who loves playing on the right side, Mapp is a MLS veteran as he embarks into his 13th MLS season. In two seasons with the club, Mapp has never played all 34 MLS games , picking up knocks here and there.

But 2013 is definitely a reference year for the Mississippi Mud Cat. Fully in sync with Marco Di Vaio, Mapp displayed on the pitch what his true potential looks like. The club's confidence towards Mapp was huge as he renegotiated a more cap-friendly contract, a sign of commitment to the city and the club.

He is neither a potent goal scorer ( 3 goals was his highest tally) nor an avid shooter but his dribbling skills in 1v1 situations are excellent. His ability to find spaces between the lines and an underestimated pace ranks him among the most dangerous side midfielders in the league.

Playing alongside talented and mature players such as Di Vaio and Bernier, his role on the pitch fits him like a glove: enough freedom to express himself with an accrued responsibility to perform.

Against FC Dallas, Mapp was matched against Fabian Castillo and both players did not mind exchanging blows, without really stepping on each other toes. 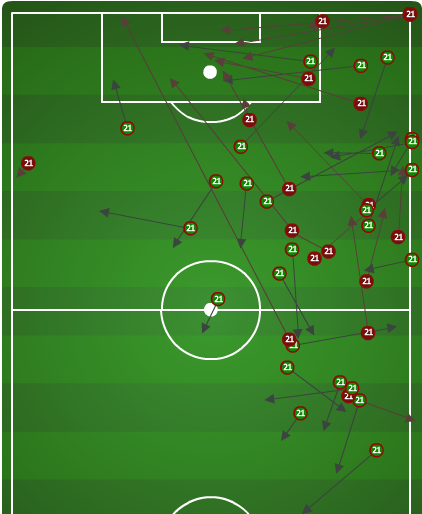 Living on the edge of the touch line with a killer cutting move to the middle, Mapp's playmaking abilities and tactical awareness is key to Klopas' chess game. He enjoyed support from MLS rookie, Eric Miller, as both combined for a total of 12 passes. 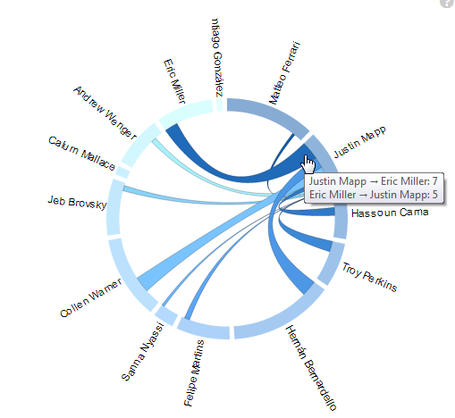 Graphics are courtesy of MLSSoccer.com

As Hassoun Camara did many times last year, Miller was able to support Mapp's runs on a regular basis, while risking to leave space for Castillo. In a game of give and take, taking on some pressure , as a right back, to give Mapp more freedom and support is a good and important trade-off.

Even though the Impact conceded three goals to Dallas, the team's offensive awareness was epitomized by the Mississippi native.

Early in the game, his slalom was a pure display of speed, dribbles and crossing ability. Sanna Nyassi made sure to take advantage of that as he scored the first goal of the season for the Impact.

Every time he gets the ball, something's happening. He's able to go inside, he's able to go outside, he puts defences on their heels. He's been really effective. -- Mauro Biello

via Herb Zurkowsky of the Montreal Gazette

Unlike Andrew Wenger, who is building his confidence, Justin Mapp is taking his game to the next level and the club hopes that he will take them with him.