As an #IMFC supporter, the 2013-14 season has felt like being strapped down to a rusted-out roller-coaster, blind-folded, and then as you're being pushed down the crumbling tracks being told to enjoy the ride.

Share All sharing options for: BALL of CONFUSION: THE 2013-14 Montreal Impact SEASON

The 2013-14 season began with the rightful optimism that should have met the young team that managed to make the MLS playoffs in only their 2nd year in existence, the year before.

That rightful optimism, however, quickly turned to a dreadful realization that not only were the #IMFC that disorganized late-season crew that limped into the playoffs, but they were in fact, even worse. 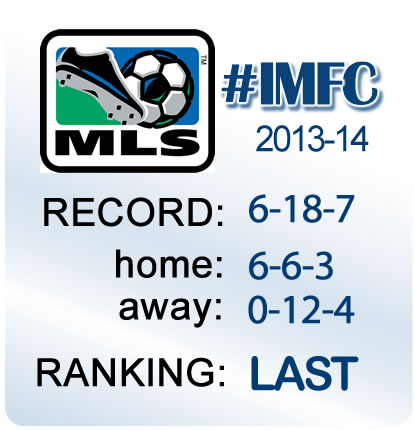 With only a handful of games left in the 2013-14 MLS campaign, the #IMFC are on the verge of their worst season to date. Only the soon-to-be disbanded/relocated or renamed CHIVAS USA has had an equally, if not more forgettable 2014 campaign than our beloved Boys in Blue.

Things are so bad in fact, that if the MLS functioned like a Series A European Soccer League, the Montreal Impact would be relegated back to the USL.

Thankfully, that kind of immediate accountability for failure doesn't exist in North America, so Joey Saputo & The Gang back at Stade Saputo HQ, have been given yet another reprieve... another chance to right the ship that has sailed so terribly off-course.

So, what happened here?
Who's responsible for this mess? ... and more importantly...
Who's going to fix it?

At the mid-point of the 2012-13 season, it had become apparent to anyone watching, that the #IMFC were spiralling - and not in that heavenly direction towards glory but slowly slipping down into the depths of dark despair.

They were a team stuck in two extremes.

The team managed to win only 2 of it's last 10 MLS games that year and the career of Alessandro Nesta, the #IMFC's legendary Italian center-back, and on-field general was all but finished.

Nesta would not be back for the 2013-14 season and instead of aggressively looking for a suitable replacement to fill that crucial spot, the #IMFC brass chose to wait for the deteriorating knees of Nelson Rivas to recover.

They didn't and neither did the #IMFC.

The team would give up 14 goals in their first 8 games of this season and the inevitable sad rendezvous with the bottom of the standings was slowly taking shape.

As the dreadful season wore on and the #IMFC continued to lose, the fans started to point fingers and seek answers.

The steadily dwindling attendance at Stade Saputo would eventually force Joey Saputo's hand and he decided to become pro-active.

He took to Twitter and vowed that 'changes' were a-coming.

Like a hungover teenager who just realized that he only has 30 minutes to clean the entire house before his parents get back from summer vacation, Joey Saputo, Nick De Santis & Matt Jordan started the mad scramble to recovery.

Wenger, Warner, & Brosky were out.
McInerney & Nakajima-Farran were brought in.

The team still continued to slide, and then one day in late July, the news of an 'important announcement' to be made by Joey Saputo was released on Twitter.

Montreal Impact have scheduled a press conference for tomorrow morning at 11:00 "Joey Saputo will make an important announcement" #IMFC #MLS

Fans and analysts wondered aloud if Klopas would be the latest #IMFC coach to be fired or if the never-ending bromance between Saputo and De Santis had finally left the 'honeymoon' phase and the team would be getting a new GM (Sporting Director in soccer parlance).

As it turned out, neither was the case.

De Santis was given a different role/office in the same building and Klopas was given a bigger chair at the big boys table.

Joey Saputo proved to be either totally tone-deaf to the sentiments of his team's core supporters, or a devout believer to that unique 'vision' of his that is so damn awesome that it must be rewarded with glory.

Imagine if the Habs were having a horrible season, were all but mathematically eliminated from post-season play and then team management decided to rest Price, Subban & Paccioretty for some 'meaningless' late-season NHL games so they could be healthy and ready to play in an International competition with a German club team from Stuttgart.

Imagine how well that would go over in Montreal. 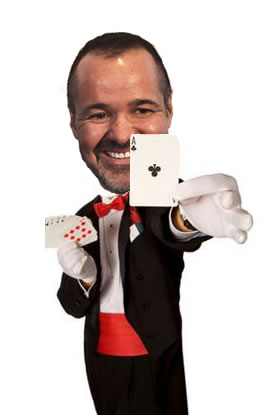 Well, for the casual sports fan in North America (the one that the #IMFC are desperately trying to attract to Stade Saputo) that's exactly how they view these mid-season International competitions like the Champions League.

They view them as glorified exhibition games.

And it makes it even doubly difficult for that casual sports fan to care about these games when your opponent is so disinterested by the existence of said game that they only dress 1 of their top 11 players.

Now how important can that game really be?

To the die-hard soccer fan, the importance of International competitions are vital to inject a legitimacy to your local club on a bigger International soccer scale but, unfortunately, the North American sports fans doesn't really care or even barely understand, mid-season, one game a month abstract competitions like the Champions League.

So, it was very interesting indeed to see how Joey Saputo & Frank Klopas chose to publicly prioritize the Concacaf Champions League games over those 'meaningless' #MLS games, to the point in fact, where DiVaio & Piatti were 'rested' in an MLS game in New England that the #IMFC would lose 2-1.

You figure when you haven't won a single road game since September of 2013, that you might want do all you can to win a close one when it materializes.

If you can't guess it by now, that specific moment in this truly horrific season, really bugged me.

I believe that #IMFC supporters will show Joey Saputo all the necessary patience needed towards a still-growing team but when your coach, in essence, throws a game, that will not be supported... Ever.

According to Joey Saputo, Nick De Santis was relieved of his duties as GM cause he couldn't leave his coach(pl) alone long enough so he actually coach the team that he was being paid to coach. 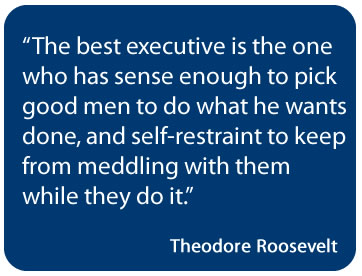 Very rarely does the owner of a professional sports team choose to wear so many organizational hats (owner, president, team spokesman, chief translator, International talent scout, airport greeter, secret Santa to his GM and so on) and actually expect it to work well for the long haul.

Joey Saputo is a very successful, passionate man that sincerely endeavours to bring Montreal an MLS championship one day, but  in order to accomplish that, he has to hand over some of the vital reigns that control the future movements of the #IMFC to qualified, independent hands.

Building a winning USL team does not equate to MLS success...

Since my last post about the future of Marco Di Vaio, the legend himself decided to hang the cleats up for good.

Montreal soccer fans and the #IMFC will sorely miss his presence on and off the field but the future waits for no one.

Hopefully, this early announcement by Di Vaio will provide Joey Saputo & the Gang, the impetus and time needed  to seek out and sign a true sniper to play along w/ Piatti for the next few years or perhaps to think outside the box a little and use that money and the DP status to seek out a bonafide centre-back to shore up things on the back-end.

We can only hope.