Impact-Toronto FC rivalry: From Tepid to Fiery with a touch of Mediocrity

From lukewarm to contested, the Impact-TFC rivalry has finally found its epicenter.

Share All sharing options for: Impact-Toronto FC rivalry: From Tepid to Fiery with a touch of Mediocrity

If it was not before, it's a bloody big deal now. Even without Jermaine Defoe and Michael Bradley, the usual quiet affair has transformed itself into an intense game between two MLS foes. The 1-1 tie between the Montreal Impact and Toronto FC has become more than just a game. Let's hope it stays this way.

IMFC-TFC : Where is the hate? 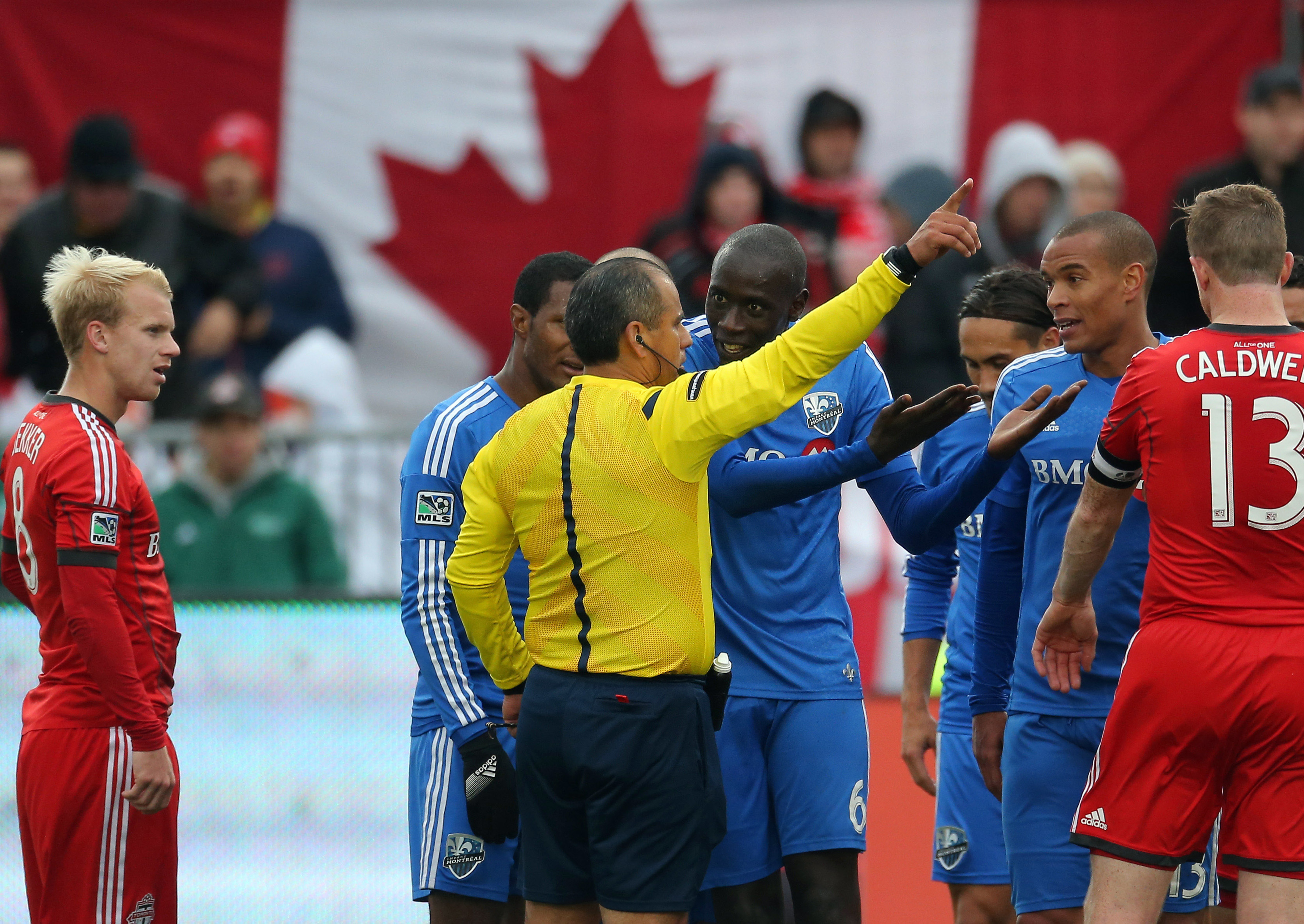 Felipe Martins has a reputation for embellishing , Toronto needed to score another goal to keep its MLS playoff aspirations alive and the fireworks start.

There is nothing better than a good mass confrontation of players in 10 square meters arguing and getting into a shoving match.

Bendik's supplex on Felipe is worthy of Wrestlemania XXI so give that goalkeeper a job!

On this infamous Saturday afternoon for Toronto, Felipe's name will be synonymous with rivalry: he scored the tying goal of the game, performs a '' classless celebration '' and Jonathan Osorio gets a red card for stomping his foot.

As both organizations mull over a bad year in MLS, this rivalry was unfortunately played in bitter circumstances. The Impact was out the MLS playoff race for a while and Toronto was hoping to make a miracle run with 2 wins to finish off the season.

Missing the playoffs 8 consecutive times since its inception, Toronto FC will stay in the MLS book of records as a running gag: odd coaching appointments, managerial instability, suspect player personnel and more. Though credit is due when you look back at the signings of Defoe and Bradley.

As for Montreal, the story is almost similar as the club missed the playoffs 2 out of 3 years while keeping its sad tradition of changing coaches, suspect signings of injured players. But the input of players such as Marco Di Vaio, Matteo Ferrari and Patrice Bernier are some of the positives that the bleu-blanc-noir can be proud of.

Still, this rivalry will take another level, as it should, during the 2015 Eastern Conference Final because Kobe Bryant said so.

Rivalries are made in the playoffs, not in the regular season