We look at Three Reasons why Hernan Bernardello is good for the Montreal Impact, after only playing one game with the club.

Share All sharing options for: Three Reasons Why Hernan Bernardello is Good for the Montreal Impact + Poll

Hernan Bernadello has played his first official minutes as a Montreal Impact. Starting at Stade Saputo ,in front of a rowdy loud crowd, the Argentinean gave a taste of what he can bring to the club. Without jumping to conclusions, Bernardello has integrated himself quickly as an important player for the club's midfield. His versatility and vision seem to be his forte and the club will hope that continues.

He played a good game, He's very comfortable on the ball and we saw exactly what people said about him and his play. He is very hungry to win the ball and has good vision and covers a lot of ground. We had some good chemistry when I got on the pitch and if we can build on that, it will be a good thing. 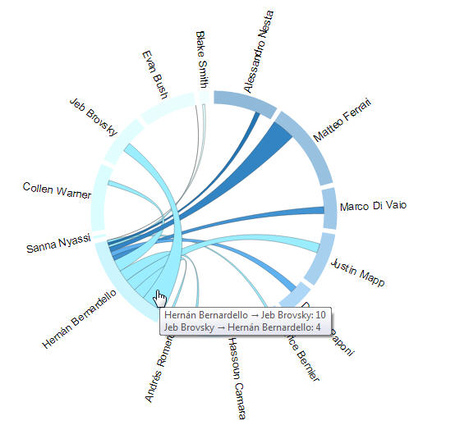 Ten passes to Jeb Brovsky can only add more klout to Bernardello. If he was not already loved by the Jebi Knights, this stat will definitely put him on a select list among Impact fans. It is not the most logical reason to like Bernardello but Brovsky was his favorite target and a lot of thoses passes were forward.

REASON #2 : He will help Patrice Bernier

Bernardello's technical skills will help the midfield as a whole and not just Bernier. Instead of running around for the ball, the Impact midfield can focus on keeping the ball and let it do the running. Bernier will have a more offensive role , giving more weight to that important pass in the final third.

Instead of going from a deeper position, Bernier will not be running 40+ meters to get the ball up the field. Bernardello will help shoulder that responsiblity all in the context of ball distribution, ball possession and precise passing.

This animated gif should be enough but as advertised, Bernardello is a FK specialist. At least, he can deliver precise free kicks and but let's give it a few games before proclaiming him the King of Free Kicks. But his quality crosses are a sign that the player can kick a ball.

It's not like no one else in the team can take free kicks but the Impact have a few dangerous players on set-pieces and Bernardello made them look better against San Jose.