In the only meeting of the year between both teams, one of the 10-founding clubs of Major League Soccer hosts the 19th MLS franchise and the newest expansion team, the Montreal Impact. The Colorado Rapids will be hosting their 2nd consecutive home game as the Montreal Impact are on the road...again..looking to get a result in Colorado. On one side, the Rapids are trying to consolidate 5th place and go higher in the standings in a difficult Western Conference. On the other side, the Impact want to get close to the playoff race in a Eastern Conference that has become tighter than earlier in the season.

Let's hope that the soccer gods are not astute statisticians..more after the jump 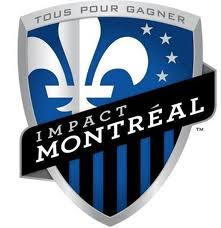 Keys to the game

Both teams enjoy and want to have possession of the ball. The Montreal Impact are above expectations for an expansion team with a more than decent midfield led by no other than Felipe Martins. He is usually backed up by Patrice Bernier or Collen Warner. The latter is a Colorado native so this game will be special with family and friends coming in to support the local boy. It will be also the return of Sanna Nyassi at Colorado as the Gambian forward/winger left the Rapids after he was drafted by Montreal in the expansion draft.

The Impact enjoy passing the ball around and had success when Felipe and Warner were finding the wide midfielders and the outside backs quickly. Look for the Colorado Rapids like the New York Red Bulls did to press the midfield aggressively. Montreal might even give possession away and defend and play the counter attack as they previously did against Sporting Kansas City.

The Colorado Rapids have gone through a shift and chance in its tactical game and its philosophy. Under Parejo, the team has switched from finding its strikers via the long ball but playing more within the midfield. As we speak, Colorado has enjoyed an average possession of 54.73% and having watched a couple of games of the Rapids, they will not rush to get the ball forward but will push ahead in numbers; look for Larentowicz, , Rivero and Castrillon throughout the game

Efficiency in front of the net: Especially when playing away, being efficient with whatever chances you get has been one of Montreal's key to success. The offensive potential is there but some quality in the last pass and synchronization between the players has lacked in a few plays. If the outside backs (Tyson Wahl and Jeb Brosvky) can come up the offensive zone and give a helping hand, that could be a difference maker in the game.

Efficiency when passing the ball: You can pass 1000 times but it's what you do with the ball. If you end up passing the ball back to your defense and tally 300-500 passes a game, well, you haven't done much with the ball. When the Impact is able to carry on a high temp game with quick one touch passing, it's then that the team flourishes as they have previously shown against the Portland Timbers for example. It's not always how long you have the ball but what you do with it.