A frustrating game, a game of penalty kicks and a game of discipline.. these are a few different way to describe yesterday's game between the Montreal Impact and the New York Red Bulls. NY continues its winning with its fifth straight victory in MLS and as a results breaks the invincibility streak of the Impact at home, as they have never given all 3 points to their opponents at home, until now. 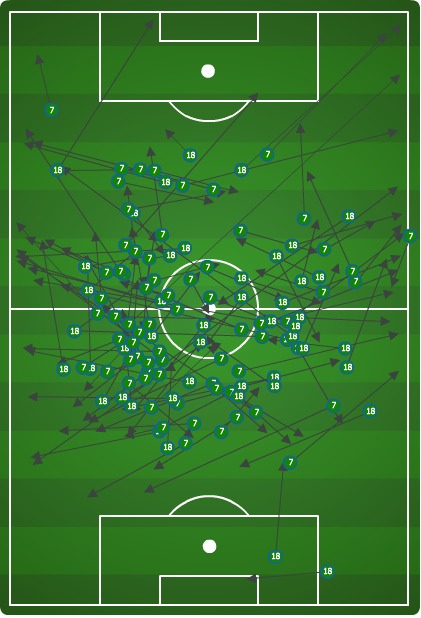 More after the jump and stay tuned for more analysis of this game and the Impact's next game against the Colorado Rapids, next Saturday the 26th of May.

Before their second goal, some of our attempts were pretty good.We put together some decent attacking plays. We hit the post once and maybe we could have been a little cleaner on some other attempts. It’s frustrating because they come back, and one chance after they get a red card, and they score.

about the dissapointing result

Results-wise, for sure it's a slip. Again, that game could have gone the other way. It didn't. So we have to learn from it and handle those situations better. But in some ways, you almost feel like it's just one of those nights where the ball is just not going your way. We just have to keep pushing and not feel sorry for ourselves.

about his team's ability to create chances

I felt that we were getting chances and frankly, I liked the fact that our two center backs were basically playing like two defenders and we were pushing our outside backs wide ... We were dangerous. We hit the post, we had a few other plays.

and confirming the frustration of letting this one slip away

It's frustrating, because they basically come down the field one time, a play where we have a lot of numbers back, and it comes to the feet of [Dane] Richards and he puts it in. It's an incredibly disappointing and frustrating game, because we just let this one slip away.

We wanted to try and bring a little more urgency in the second half. At the end of that game we should have come out with a win. We said it all year that we had to be good at home. You don’t ever want to lose at home. These things happen some times. We just have to move forward.

Tyson Wahl, defender and left back of the Montreal Impact

As a group, we came out slow in the first half. We got the first goal and then an unfortunate play to get the penalty kick against us. We came out in the second half and got some chances, but had some trouble in the final third.

I think we did a good job, defensively. Nelson [Rivas] and the other guys won their duels and [Cooper] didn't have much of an impact, same for Richards. Things simply didn't go our way