John Oweri on trial with the Montreal Impact

Share All sharing options for: John Oweri on trial with the Montreal Impact 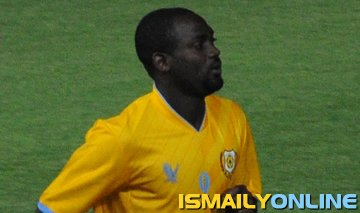 Via the excellent Patrick Leduc ( @patleduc15 )

John Owoeri is a 25-year old Nigerian striker whose last team was Egypt's club Ismaily. With the cancellation of the Egyptian Premier League due to to political turmoil and more, many players from these leagues have become available; a bit like players that left the Turkish League, a league that had financial troubles and bribe scandals in the last year or 2 (Matteo Ferrari, Kris Boyd for e.g).

Patrick Leduc confirms that the Nigerian forward is on a week trial with the Montreal Impact. With the lack of goals and depth in the Center Forward/Striker position, it was expected to see a move but no one really knew who, what, where and Patrick Leduc informed us.