After a gruelling game (mentally and physically) against the Columbus Crew, the Montreal Impact did not leave a disastrous impression even though they lost 2-0. It's not the best of way to start the first road game out of three that will take the Montreal Impact in New York and Salt Lake City before coming back home on April 7th versus Toronto FC. You could say that the MLS is pretty much the Major League, in which every game will seem hard for the expansion team.

Both teams faced each other playing a 4-4-2 but a formation is only as relevant to the team that is playing it: same formation, different players, different coaches, different philosophies.

On one side, the Columbus Crew play a classical 4-4-2 with a diamond shaped with Kirk Urso as the holding midfielder, Bernardo Anor and Eddie Gaven as the midifelder on the sides and Milovan Mirosevic, the classical playmaker.

On the other side, the Montreal Impact continued what worked for them with a ''flat-ish'' midfield with Patrice Bernier and Felipe Martins side by side in the middle with Davy Arnaud and Justin Mapp on the side. 19 minutes into the game, Jeb Brosvky's red card totally changed the flow of the game as both teams seemed even for the first 20 minutes. Still, the Montreal Impact did not shy away from continuing to attack and felt comfortable taking the game to the Columbus Crew

We will look at some team and individual statistics to help look at a data-driven view of the game, with the hypothesis (more like a reality) that the red card has totally changed the game ... Thanks you to MLS Soccer for the MLS Chalkboard, a great analysis tool.

More after the jump

Passing as a unit 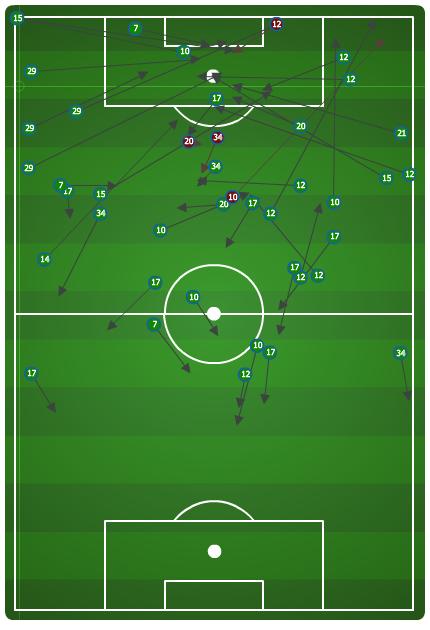 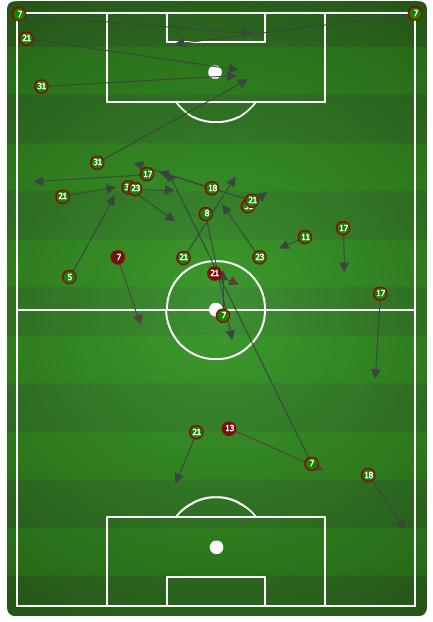 These 2 charts shows through balls, successful flick ons , successful crosses and key passes.Columbus Crew's 4-4-2 is spreading the ball across the field with a focus on the sides with Eddie Gaven's activity on the right side that did not need much support from his right back J.Williams. On the left side, Ador and Francis both combined , with good reason, and caused a lot of trouble for Davy Arnaud who had to convert as a right back after Brovsky's red card. With a 2-prong attack, the Columbus Crew are able to put more pressure on the Montreal Impact defence with quality players of the calibre of Emilio Renteria and Vargas Olman. Tyson Wahl suffered more than Matteo Ferrari but credit has to be given to the Crew duo upfront fed by the classical play-maker Milovan Mirosevic.

Talking about Milan Mirosevic, his passing statistics and influence on the game are very apparent and like previously said, a true playmaker. The Heatmap and attached statistics speak for themselves. 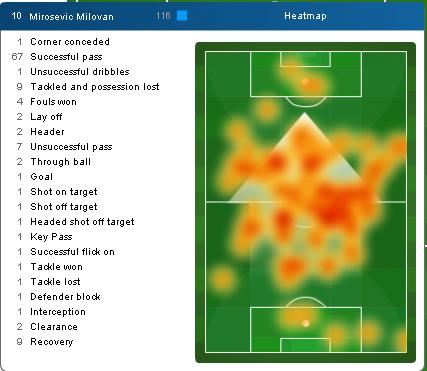 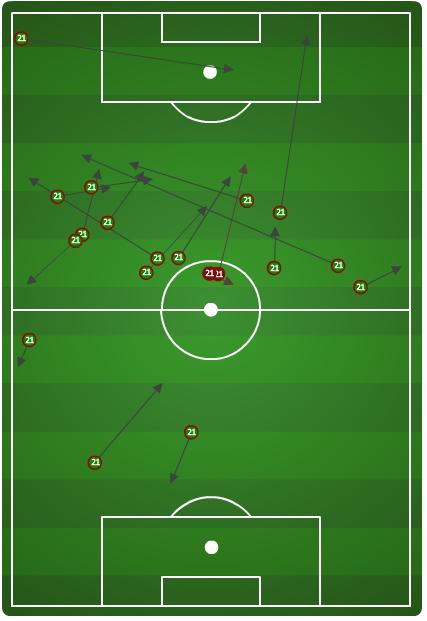 Justin Mapp's first 2 games in the 2012 season were unofficially his pre season games with the Montreal Impact. Having missed the Orlando tournament for personal reasons, the left-footed Mississippi native is getting his legs backs and showed his talent and technical abilities including a long-range cannon ball of a shot that hit the bar. I always thought that he enjoyed cutting into the middle and be a play-maker and he showed that after Brovsky's red card. He became the team's free electron going from left to right as he got help from Josh Gardner on the left, created good chemistry with Felipe Martins in the middle and made some good combinations with Justin Braun. Davy Arnaud and Justin Mapp are both the designated side midfielders for Jesse Marsch's 4-4-2 and their ability to cut in the middle is very interesting to give more options to the attacking third.

There is evolution in Justin Mapp's form and Montreal's left side will be a very dangerous with Josh Gardner galloping up and down the left side of the pitch. 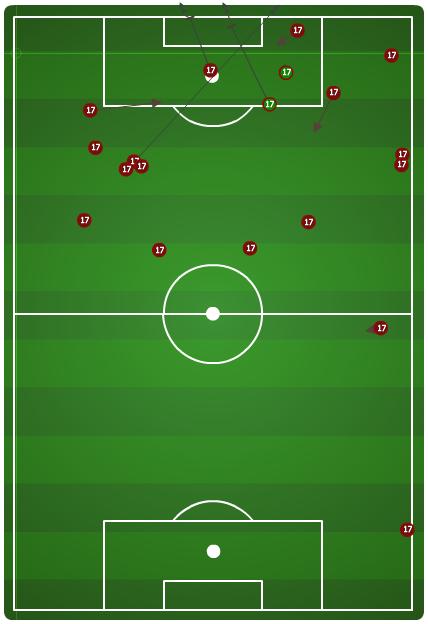 Justin Braun's play has generated a lot of pixels and hexadecimals on twitter with a lack of scoring. He had a great shot on goal saved by Gruenebaum, a play in which Braun pushed away Francis, ran with the ball and went for a top corned shot, deflected out for a corner kick. Justin Braun is a running machine as he will not stop running, pressing the opponent's defenders. Spreading himself out does not give him an opportunity to be in the/around box long enough to make the Centre Back stay on him. Chad Marshall, one of the best MLS defenders, can handle a Justin Braun but we did expect and hope that Braun made himself more of a target. Getting the CB on you while you control the ball gives time to your team-mates to come to you for support and in the same time freezing the man marking you.

Justin Braun is brave and does not stop running. This part of his game is important as Jesse Marsch wants to apply continual pressing as to lower the possibilities of clean passes from the opponents' defence to the midfield. Braun will fight hard and try a lot but he does not seem to have the technical package to execute the plays he is trying. With 5 unsuccessful dribbles and 22 tackled/possession lost, Justin Braun will need to more clean and have a much better first touch. I am not forgetting that the Montreal Impact were 1 man down for 70 minutes so a striker would be more isolated but improvements are needed.

Fouling as a team in Major League Soccer:

The Montreal Impact is the team that has fouled the most , so far in the MLS. This obviously shows an aggressiveness in the team's play but also a result of losing the ball more often than wanted and having to scramble to get the ball back and committing fouls. Josh Gardner, Felipe Martins and Patrice Bernier lead the team in fouls committed with respectively: 8, 7 ,7. On a positive note, Felipe Martins suffered 7 fouls on him until now. He wants the ball and other teams have to foul him to try and get it back.